Þórunn possibly back in candidacy in Kragan

Þórunn Sveinbjarnardóttir, chairman of BHM and former minister and member of parliament, is now running for parliament for the Samfylking in the Southwest constituency.

in Morgunblaðið this morning but she confirms that her name has been mentioned by the Samfylkingan’s set-up committee and is being examined there.

Rósa joined the Samfylking party’s parliamentary party after serving as an independent member of parliament for some time. She was elected to parliament for the Left Green Party, but resigned from the party in the middle of last year.

Þórunn Sveinbjarnardóttir has been chairman of BHM since the year 00 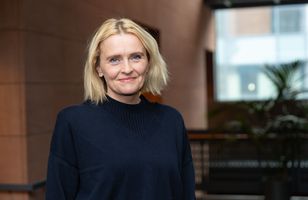 Heiða Björg Hilmisdóttir, city representative and deputy chairman of the Samfylking, is said to have sent an invitation to the Samfylkingan’s standing committee in Reykjavík that she is ready to take a seat on the party’s list for the upcoming parliamentary elections.