“Pushed into war” after the dissolution of the union

“In the United States, a study was done that showed that half of divorces occur in the first two years after the birth of a child and that tells us what a stressful time this is,” says psychiatrist Anna María Jónsdóttir.

The divorce of the parents was discussed in the last episode of the episode Líf dafnar.

Sara Dís Hjaltested and Aron Ómarsson are a former couple and they had one child together before but their ways parted. They told about their experience in the show.

“We did not agree on where Ómar should live and various aspects of it and then somehow it just ended up in the system and we really feel like we have just been pushed into war, “says Aron. After the divorce, Aron continued to live in their house in Keflavík but Sara moved to Garðabær.

“The legal domicile can only be in one place and we both wanted to have the legal domicile, just determined to do so,” Sara explains. They criticize the current system in Iceland and say that various things need to change, as the arrangement is not good for parental communication after divorce.

“It is set up so that you have to write an account of why you should have the legal domicile, why you are more qualified and actually how miserable the other person is. maybe not the case. Because you can always make everything look bad if you want to. ”

Both parents have the child

They Aaron and Sara Dís has a good parenting relationship today and, among other things, have common family traditions. In the beginning, however, this was difficult due to the current arrangement regarding legal domicile. Only one parent can have the legal domicile and thereby book a doctor’s appointment, redeem prescriptions for the child, apply for leisure time grants and so on.

“I think such a case only brings it out. worst in people. The only thing I had to do with the sheriff was to submit letters about how miserable she was and how great I was “

says Aron. He says it is necessary to make changes.

Below you can see excerpts from the episode where they discuss the situation today and what they learned during this process. The final episode of Líf dafnar is on Stöðvar 2’s program tonight. 20210210

The first episode of Líf Dafnar discussed the importance of bonding, sleep, crying in children and the effect of a difficult birth experience on further childbirth. Episode two discussed life in the intensive care unit, the effects of having more children, and the choice of infertility. Episode three discusses the effects of sexual violence on childbearing, body image, the effects of social media and breastfeeding. Episode four deals with children with special needs, mental health, the impact of childbearing on the relationship and the sex of parents. The fifth episode is about parents who adopted a child, divorce, joint families, grandparents and adding a child, but the final episode deals with reality and upbringing. The episodes are produced by Glassriver in collaboration with Eyland & Kamban for Stöð 2 and the host and director is Andrea Eyland. 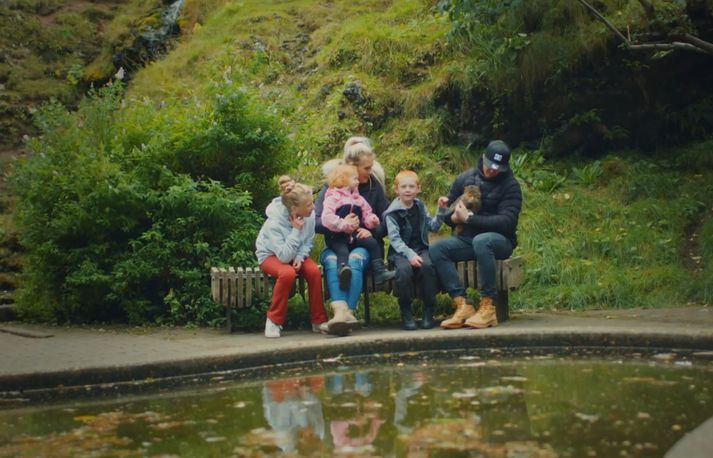 Steinn Stefánsson and Selma Hafsteinsdóttir had been trying to have a child for six years when they decided to adopt. Selma says it was a great relief.

“For my part, this is wonderful. This is the best feeling in the world and you give something of yourself and get it back many times over, “answers Aldís Sif Bjarnhéðinsdóttir, mother, when asked why people have children. 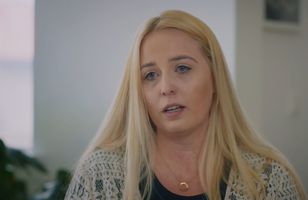 Women who are victims of sexual violence often have to deal with the trauma again and difficult emotions as they go through the process of childbirth. Nadía Rut Reynisdóttir was sexually abused while camping with her family and friends and she told her story in the episode Líf dafnar which was shown yesterday.

Sigmundur Grétar Hermannsson and Eva Rún Guðmundsdóttir have three children together. Boy born 1999 who was born after weeks of pregnancy, girl born 2020 by 34 weeks of pregnancy and then they had a little girl of the year after full pregnancy.