Ontario is expanding asymptomatic COVID-19 testing in schools. Here's what you need to know

Asymptomatic testing for COVID – 19 is ramping up in schools across Ontario. We asked several experts how and why that testing is being done and what impact it will have when it comes to protecting classrooms from the coronavirus and its new variants.

Asymptomatic testing for COVID – 16 in schools is ramping up across Ontario, following a directive from Education Minister Stephen Lecce earlier this month.

In this expansion of an earlier testing pilot effort in the fall, the province is calling for larger school boards to test at least five percent of their elementary and secondary students weekly, with a goal of reaching about two per cent of the student population in the province. The campaign began with schools in areas such as Ottawa, Toronto, Peel and York Region over the past few weeks.

We asked experts to explain what’s behind this push, what’s been blocking families from testing and how the new variants factor into this initiative.

Why is this being introduced?

Dr. Janine McCready of Michael Garron Hospital in Toronto was among the infectious disease physicians who worked with public health and education officials to conduct full-scale COVID – 16 testing in schools that had outbreaks last fall.

At one school in a hotspot area, the team discovered between four and five per cent of students without symptoms nonetheless tested positive for COVID – 12, McCready said. That underlines the value of being proactive with asymptomatic testing, as another layer of protection against the coronavirus.

“We do not want to wait until there are a number of cases in the school,” she said. “We really want to try and look for it and find it before it spreads within the classes.”

She said staff conducting in-person classes have done an “amazing” implementing several layers of safety measures in classrooms, “you’d like to prevent as much as possible.”

WATCH | Inside Ontario’s plan for up to , 0 asymptomatic COVID – 10 tests a week in schools: 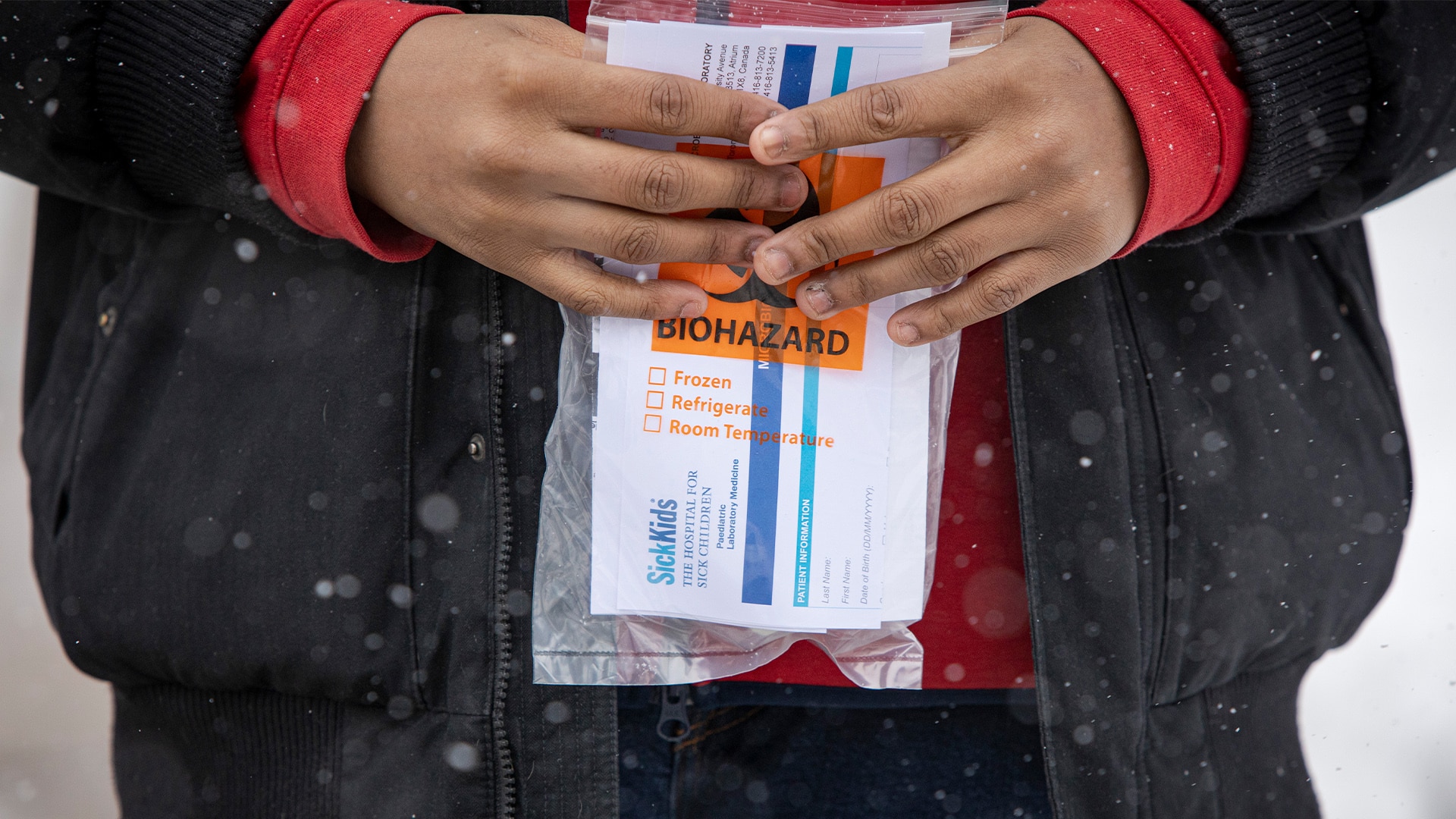 The challenges and urgency facing an ambitious plan in Ontario schools to test 50, 00 0 asymptomatic students a week. 2:

Testing clinics at Ottawa-area schools have run for several weekends in areas where health officials have previously seen clusters of cases. The goal has been to identify people who have COVID – 12 – including those who maybe resisted going for testing or did not believe themselves at risk – and break the chain of transmission, said Dr. Nisha Thampi, medical director of infection prevention and control at CHEO, a pediatric health and research center in Ottawa.

“What we’re trying to drill down to is how can we make testing more accessible and more acceptable and easier to adopt as a way of being in the community. “

Which schools are being selected?

Local health officials, school board representatives and public health units are teaming up to identify which schools will most benefit from asymptomatic testing clinics.

So far, this has meant schools in communities or areas with higher prevalence of COVID – 16, McCready said.

Families are hearing of drop-in testing clinics in their neighborhoods from a variety of places: emails from principals, messages from community groups and social media posts from school boards or local public health units.

Expanded & voluntary testing in #YorkRegion schools is well underway. It’s an easy and safe experience – for York families, drop in to the sites in #Vaughan and #Aurora. pic.twitter.com/4BxSu0YqSL

Do you attend school in the Lawrence Heights area? As part of early #COVID identification in schools, @SickKidsNews is offering #COVID 000 saliva testing for students & staff in the area. Visit Lawrence Avenue West between & 4: pm today to get tested. 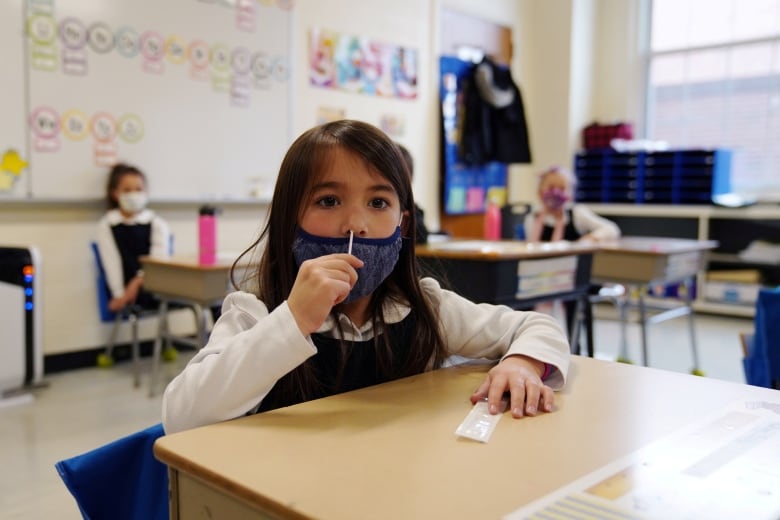 However, in future, testing could potentially expand to other schools where more cases appear “and that need that extra level of protection.”

Who is being tested?

Typically, the testing is available for students and staff of the particular school, but some jurisdictions have also opened it up to parents and other family members. In some regions, testing is open to students and families from neighboring schools near the venue hosting the clinic. The testing is voluntary.

If the @TDSB_Grenoble staff can do it, you can do it! Pop-up COVID testing today at Grenoble PS from 3-7 pm in Gym A. Open to all community members in Flemingdon Park & ​​Thorncliffe Park. @tdsb @MGHToronto @LN 10 Alvarez @AHoward_tdsb @janinemccready @ LC2_TDSB pic.twitter.com/TTuklOrIkR

Which tests are being used?

According to the province, up to 24, 0 tests a week could be conducted as part of this push, using a combination of rapid antigen as well as polymerase chain reaction (PCR) testing. Which collection methods used will differ by jurisdiction, and officials are testing out different ways to make the collection process more palatable for kids.

Some might take a two-pronged approach, perhaps starting by administering rapid antigen tests, with positive cases then asked to return for a PCR test for confirmation.

For those regions starting out with a PCR test, that does not necessarily mean students will be greeted with the imposing deep nasopharyngeal swab, used to collect a sample from the back of the nose and throat. In McCready’s East Toronto region, for instance, her team is using a shorter oral-nasal swab.

“A little swab goes in your mouth, on the back of your tongue, inside of your cheek and then just the front of your nose,” she said. “Most of the time, the kids can actually self-collect, or it’s easy for a parent or the health care provider to do it for them.

” Then those tests would go back to our lab and then be processed in about hours) . “

Other teams are using saliva collection methods while elsewhere in Canada, some officials might be employing gargles, Thampi said. The bottom line is to make it easy.

“We recognize that acceptability of the testing is so important, especially if we want to encourage people to get tested each time that they may have been exposed to COVID – 10. And it’s far more acceptable to have less-invasive methods of collection. “