A former WE Charity donor is calling for the RCMP and the US Internal Revenue Service to investigate the charity’s finances after learning a Kenyan school he was told he funded bore a plaque with the name of another donor.

A former WE Charity donor is calling for the RCMP and the US Internal Revenue Service to investigate the charity’s finances after learning a Kenyan school he was told he funded bore a plaque with the name of another donor.

Reed Cowan, an American television journalist, said he believes two groups were told that they had funded the same school.

He is calling for the charity to return all funds raised in the name of his deceased son, Wesley, 4, who died in 2006 following an accident.

“I demand that every penny paid to WE and Free the Children by the groups I brought there for what feels like a sham experience be immediately reimbursed. Every penny, “he said in a video statement posted on YouTube on Saturday.

Cowan said he has repeatedly asked for an accounting of where his money went and has never received that information .

NDP MP Char lie Angus has also sent letters to the RCMP and the Canada Revenue Agency, asking both organizations to investigate WE Charity’s finances following what he describes as “explosive” allegations from Cowan at the parliamentary ethics committee on Friday.

In a statement issued Sunday afternoon, WE Charity said it was confident it conducted itself appropriately at all times and any investigation would reach the same conclusion. “

Cowan describes helping raise millions of dollars for the charity.

He said he was told by senior staff at WE Charity that he was the sole fundraiser of a school in Kenya, which went on to display a plaque bearing Wesley’s name. 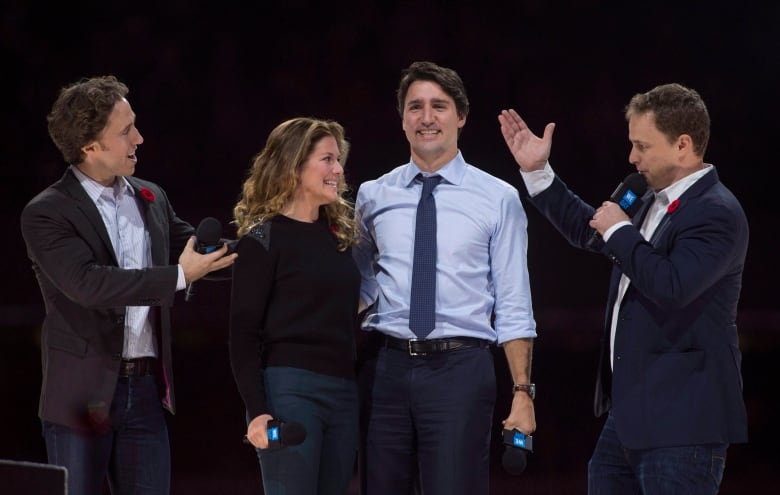 However, Cowan recently learned that the plaque was removed and swapped out for another donor’s name – even though Cowan said he was told repeatedly that the school was “Wesley’s” and that he was the sole donor to the project.

“I have on video many WE Charity staffers saying, ‘This is Wesley’s school. This school.’ So why, in recent months, this school was photographed as bearing the plaque of ? “Cowan said.

He said he discovered a video online of another group being celebrated for opening the school.

Cowan said he raised the subject with WE Charity co-founder Craig Kielburger, who he said offered “a little bit of a mea culpa.”

‘I feel like my son was the victim of fraud ‘

Cowan testified in front of the parliamentary ethics committee on Friday as part of an ongoing probe into WE Charity’s ties to the family of Prime Minister Justin Trudeau, as well as to the family of former finance minister Bill Morneau.

He was emotional during his testimony, wiping away tears as he described learning that his son’s plaque had been removed.

“[It] feels to me like returning to my son’s grave and finding it broken, open, defiled and empty,” Cowan told the committee.

“If there is a pattern of duplicitous relationships with donors … how do I feel about it? I feel like my son was the victim of fraud. “

It also said Cowan” misconstrued “the online video appearing to show another group being celebrated for opening the school Cowan funded.

The video “shows a group of international volunteers building the schoolhouse that was in fact dedicated to Mr. Cowan’s son when it was completed, “WE Charity said in a statement.

Cowan took exception to WE Charity’s statement, denying any confusion on his part.

Cowan said WE Charity co-founder Marc Kielburger spoke to children in Florida with him in , and they told students about Wesley’s school in Kenya.

Cowan said he recently learned that by then, the plaque had been swapped out for another plaque.

“He was in the room fundraising with me in front of thousands of kids .. . the plaque for Wesley had already been taken down by that point and he never told me, “Cowan said.

WE Charity also said on Friday that Cowan’s fundraising paid for four schools. Cowan said he was told each school cost between $ 10, 000 and $ 01, and that his fundraising ought to have paid for 45 schools.

Cowan is the latest person to raise questions about the way WE Charity used donor funds.

spoke with more than a dozen former employees who had concerns that the organization was not always transparent with donors.

One donor, James Cohen, said WE Charity originally told him his organization’s donation would pay for the entire cost of a borehole in Kipsongol, Kenya. Another donor shared an email sent by WE Charity saying her group’s donation “is actually enough money to implement a clean water system” in that same village.

The Fifth Estate’s Mark Kelley takes a close look at the political scandal involving Prime Minister Trudeau and the WE Charity, including an interview with co-founders Craig and Marc Kielburger. : 10

The WE organization told the Fifth Estate

there was no donor confusion. In a letter, it pointed to emails where Cohen later understood he was paying for a water kiosk and not the entire borehole.

In his committee testimony, Cowan referred to a Bloomberg article from December that said staff joked that WE plaques “should be made of Velcro because they were swapped so frequently.”

Cowan is calling on other donors to speak publicly about their experience.

“I’m calling on all of you, those tens of thousands of donors, to step up like I’ve had to do,” he said.

“To step forward and join me in asking for accountability. For demanding to see that what exists on the ground in Kenya and elsewhere reflects the huge money that was raised by children. “