Marcus Rashford rises to the occasion for England against Wales

Manchester United striker Marcus Rashford was in his best shape for England as he scored a brace against South American side Uruguay. 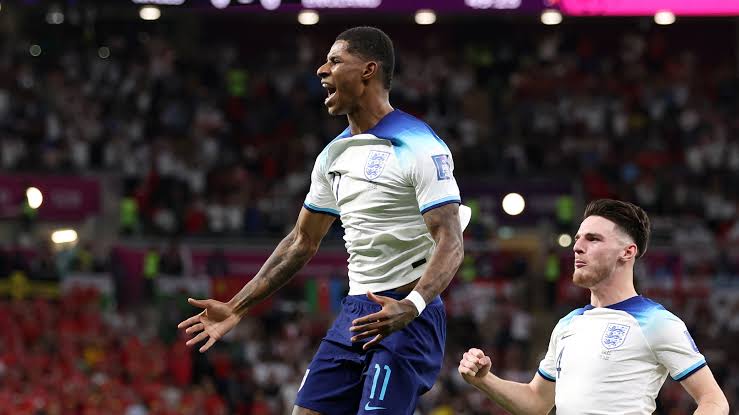 As stated by ESPN, the 25-year-old scored a second-half brace as the three lions qualified for the World Cup round of 16 clashes on Wednesday. Gareth Southgate’s side was staring at another victory but it was not looking easy in the first half.

Wales would have been automatically qualified if the USA had drawn against Iran. However, the American side’s win turned to tide towards the last game of group B.

Wales had to win by a four-goal margin to secure their place in the round of 16. However, they have never reached the knockout stages of the World Cup by winning through such a huge margin since 1984.

England hit three and finish top of Group B 🏴󠁧󠁢󠁥󠁮󠁧󠁿

Southgate decided to start Rashford and play Foden along with the United attacker. England faced tough competition in the first half as Wales was able to hold their neighbours until the second half.

Rashford broke the deadlock in the 50th minute by scoring a sensational free-kick from the edge of the box. Foden scored the second of the game via a Harry Kane cross.

The United attacker capped an all-around performance by scoring the third goal of the game by hitting the ball in between the goalkeeper’s legs. Rashford’s brace secured England’s spot in the round of 16 clashes as they ended in first place in group B. 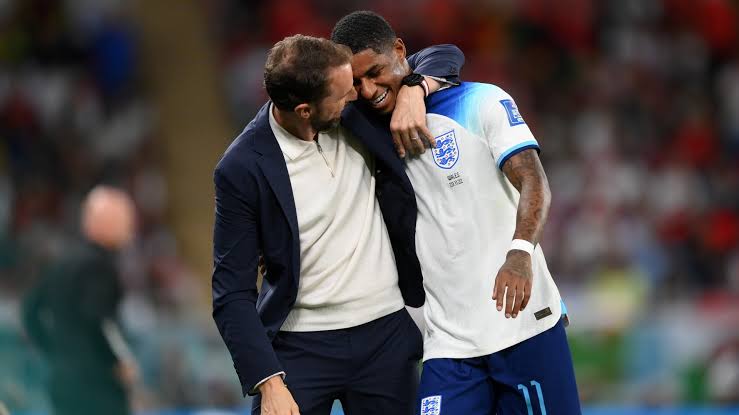 The United academy graduate has been in fine form for club and country in the past few months. Under Erik ten Hag, the striker recently scored his 100th for the club.