According to the club’s official website, Marcus Rashford and Casemiro have both been nominated for the Premier League Player of the Month honour for the months of November and December. 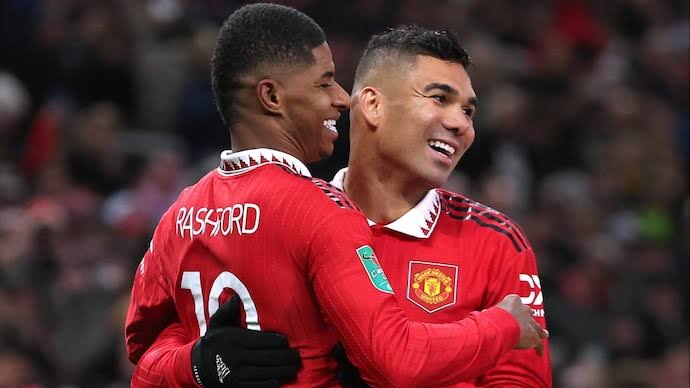 The Red Devils started November off poorly with a 3-1 league loss away at Aston Villa, but they made up for it before the World Cup break with a late 2-1 victory at Fulham.

Alejandro Garnacho scored a thrilling second-half goal for United. Last week, the Red Devils made their top-flight comeback after the World Cup, and since then, they have gone undefeated.

They defeated Nottingham Forest at home by a score of 3-0 before defeating Wolverhampton Wanderers by a score of 1-0. Recently, the team defeated Bournemouth 3-0 to make it four straight league victories.

Rashford did not contribute to any goals in November, but he was undoubtedly active in October, scoring and providing an assist against Forest before scoring the game-winning goal at Wolves. The player, who is valued at £48.5 million, has now received a Premier League Player of the Month nomination as a reward for his efforts. He would be confident of taking home the prize a second time this year. 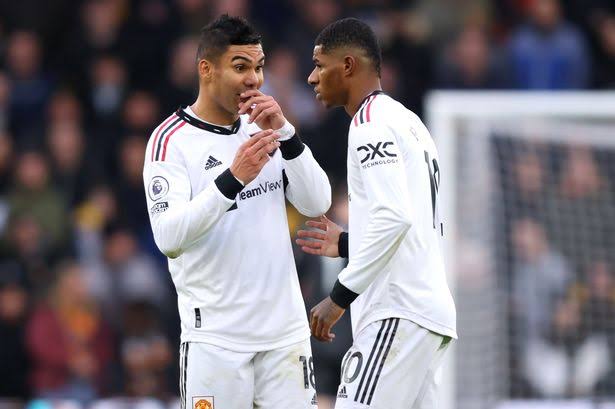 In September, he had previously won the individual award. Due to his outstanding midfield efforts, Casemiro has received his first Premier League nomination.

The Brazilian only contributed to one goal in November and December. His selection was justified by his stellar defensive performances, which enabled the team to retain three clean sheets. After joining United from Real Madrid, Casemiro has had an outstanding first season. The 30-year-old struggled at first with his performances and had a tendency to fumble duels and possession.

But as the season has gone on, he has become more assured in his performances. In a recent match against Bournemouth, Casemiro scored United’s opening goal with a flawless volley from a Christian Eriksen free-kick.

He has already established himself as a crucial player in the team’s bid for Champions League football.