A high-flying Manchester United side play hosts to an under-fire Everton in this weekend’s FA Cup third round fixture at Old Trafford between the two teams.

The Red Devils were at their brilliant best in a 3-0 success over the Premier League new boys AFC Bournemouth last time out with goals from Casemiro, Luke Shaw and Marcus Rashford. 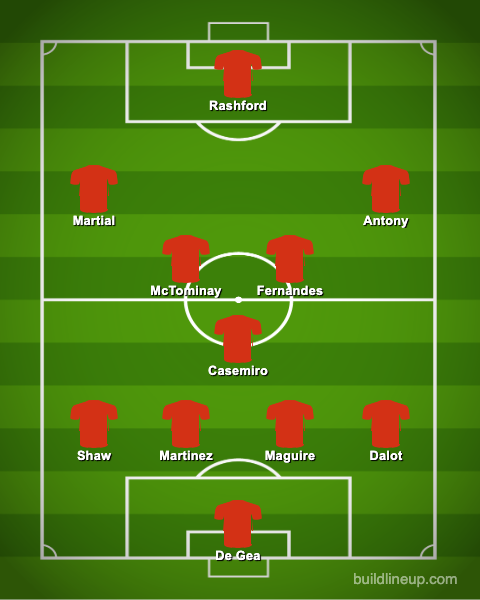 David de Gea is not expected to drop down to the bench for the cup match despite Tom Heaton’s availability on the bench to provide cover between the goalposts.

In the backline, the returning World Cup-winner Lisandro Martinez could earn a berth on the starting team sheet alongside the United skipper Harry Maguire.

United’s engine room options were bolstered by the return of Scott McTominay who is likely to be handed a start with Casemiro and Bruno Fernandes the other players in the midfield.

Marcus Rashford should be seen operating as the focal point of attack while Antony and Anthony Martial provide company in the final third of the pitch.