KA continues in the cup after a victory over the opponents 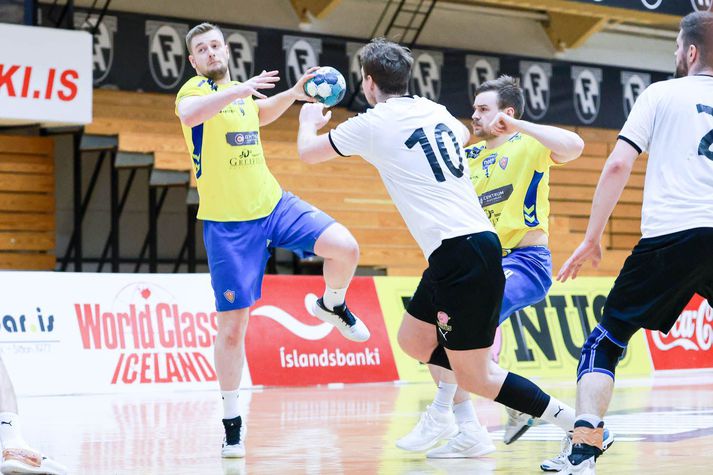 KA has advanced to the sixteen-team finals of the Coca Cola Cup in handball after 13 – 23 victory over their opponents in Þór when the teams met in the Hall in Akureyri tonight.

The home team were stronger in the first minutes and led 6-3 after ten minutes of play but then the KA-men scored three goals in a row and equalized. .

Again Þórsar took the lead, at most three goals, but KA managed to reduce the difference to one goal before the break 04 – and that’s how the games went in the first half.

KA started the second half well and came over when almost ten minutes had passed from the second half. They never relinquished that leadership despite Þórsar’s onslaught. Final numbers

Karolis Stropus and Ihor Kopyshynskyi were in a special category in Þór’s team. Karolis scored eight but Ihor was the top scorer with nine goals.

Áki Egilsnes and Árni Bragi Eyjólfsson were the top scorers in team KA with seven goals each.