“I was suffering from a shock”, Antony reveals personal problem after scoring against Everton

Manchester United player Antony has admitted that he had been dealing with a “shocking” personal issue before last night’s FA Cup victory over Everton. 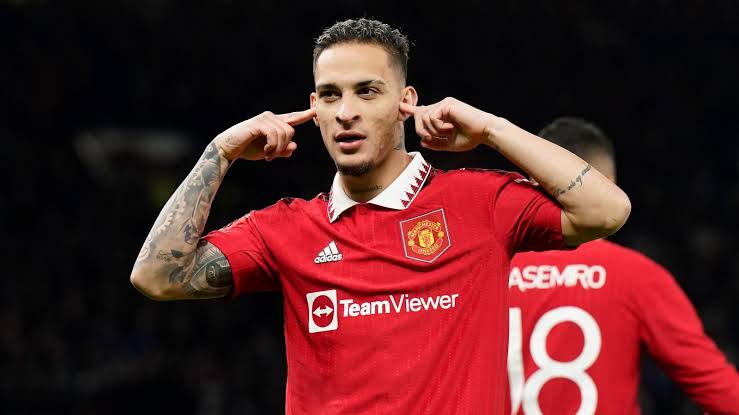 The £82 million summer signing from Ajax had an explosive debut at Old Trafford, scoring in each of his first three Premier League outings.

After that, Antony found it difficult to keep up his goal-scoring pace and was in and out of Erik ten Hag’s starting lineup before the World Cup break. Alejandro Garnacho, a fellow South American talent, has made the race for a spot in the starting XI even more fierce, but Antony thinks he is prepared for the challenge.

Within just four minutes, the predatory winger broke the deadlock against the struggling Toffees. In the process, he also broke his 12-game streak without a goal for club or country.

After the game, Antony paid a tribute to Erik ten Hag and acknowledged his support and faith in helping him get through a difficult time in his career.

While speaking with TNT Sports, the Brazilian winger said:

“First of all it’s a feeling of joy, I’m happy to score again and especially at home. I’ve set some goals for me this season and it’ good to score as soon as I’ve start to think of personal goals. But of course the most important is United’s qualification.”

“I also feel relieved as in the last few days I had a shock, but I prefer not to comment on what happened. It was a personal matter, really hard but I’m very grateful to God for putting this behind me now, grateful to the club, to the players, to the manager to everyone that stayed by my side.”

“It’s in the past now, I’m happy to score and I hope to keep going lie this because this is a year of a lot of achievements and wins. This is my mind-frame now, I’m 100% focused on honouring the fans and the club.”

Ten Hag revealed that Antony was battling an injury after the Brazilian international missed Tuesday’s victory over Bournemouth.

The former Ajax winger will be looking forward to continuing his goal-scoring form and adding more numbers to his tally this year. The fans have seen him destroy opposition teams in the Eredivisie, and he is more than capable of repeating the same feat in the Premier League. 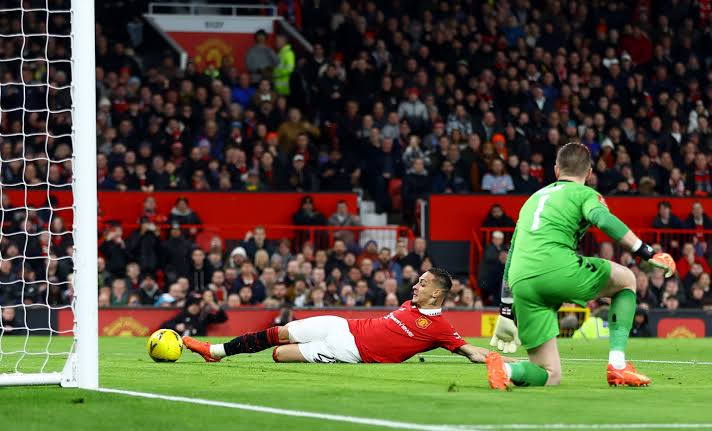 Marcus Rashford has also picked up his form at the right time. It’s a joy for the manager to have both of his wingers in top shape at such a crucial part of the season.