Manchester United prepare themselves for a week full of action as Erik ten Hag’s side travel to Spain for two friendly matches. 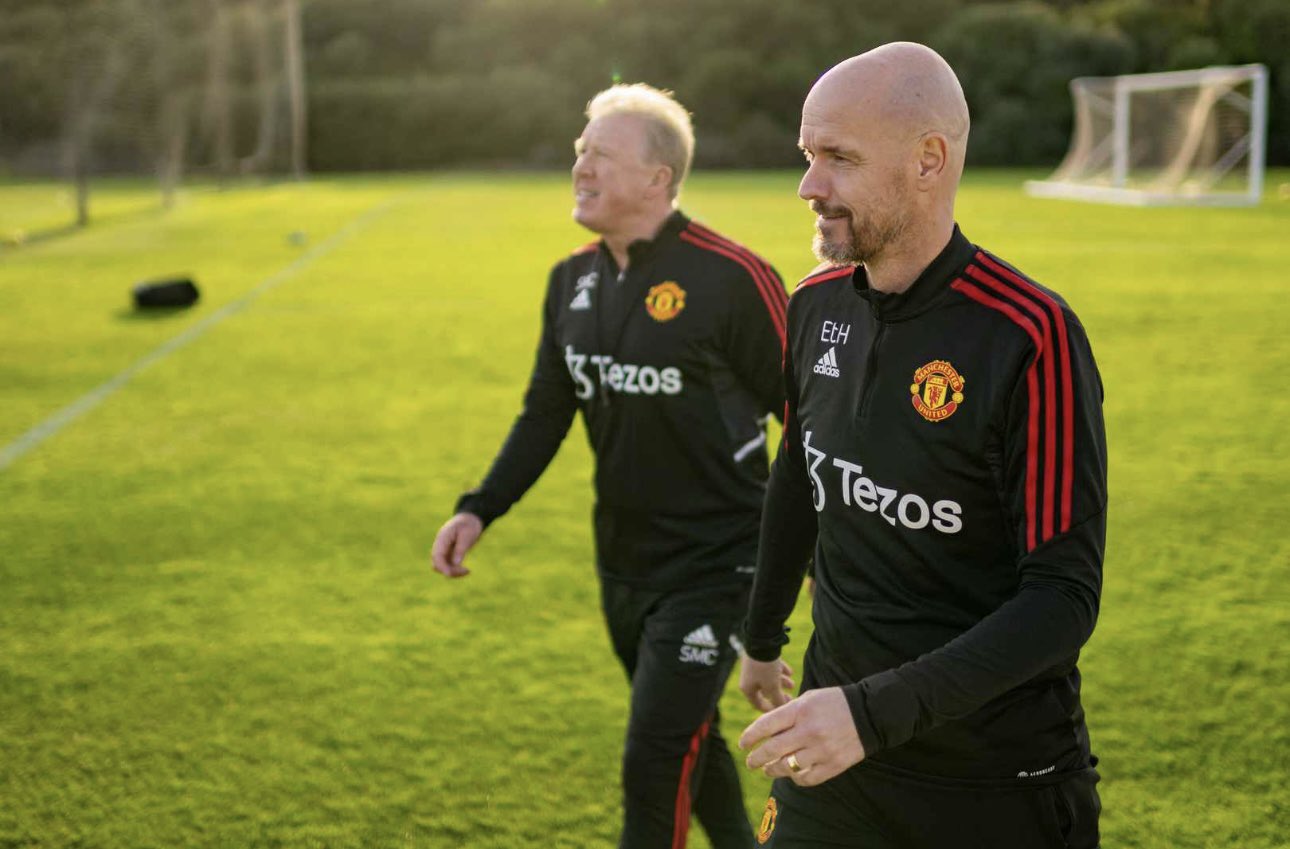 The manager has taken a mixed group of players including senior players and youngsters to the winter training camp. This week, United will be playing the first match against Cadiz and the second one against Real Betis.

According to the Manchester Evening News, the club has released a video showing a glimpse of the training session and here are the few points we spotted from the video.

Several senior United players returned back to training as their respective nations were knocked out in the group stages of the World Cup.

Many of those players were either not selected for the World Cup campaign or were knocked out of the competition. David de Gea and Donny Van de Beek didn’t make it to the World Cup whereas Aaron Wan Bissaka was never in contention to play for England. 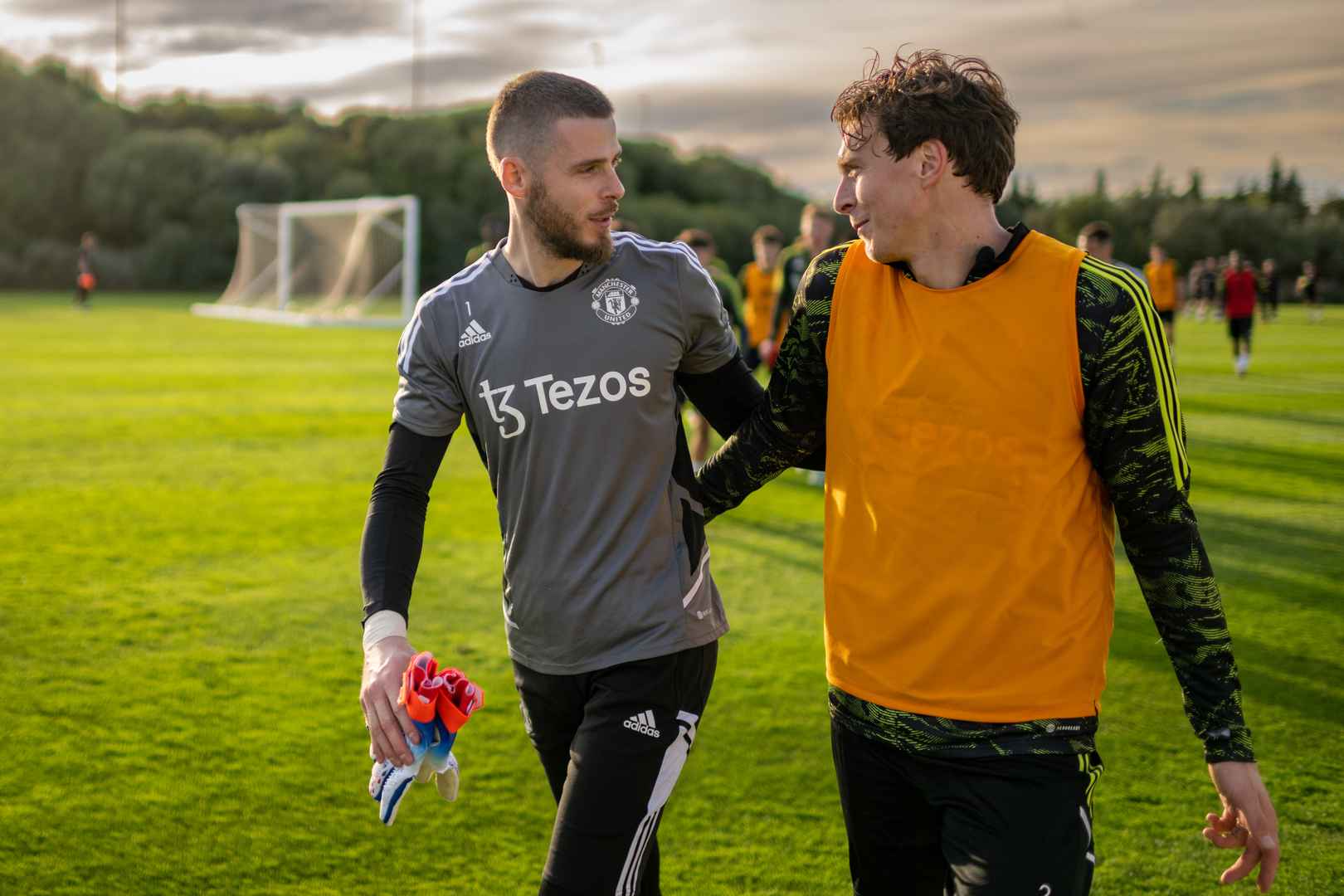 On the advice of Ten Hag, Jadon Sancho will not be joining the squad as he is training separately under Dutch coaches in the Netherlands.

Christian Eriksen, Hannibal Mejbri and Facundo Pellistri will join the group soon as their nations suffered an early exit. Scott McTominay, Van de Beek and Victor Lindelof were seen leading the pack in the jogging session.

Erik ten Hag has never been shy of handing opportunities to budding stars. Whether it was at Ajax or currently at United, several starlets have been handed much-deserved opportunities to play with the senior team.

In training, Ten Hag decided to take 29 players for the friendly tour with only 11 players being regular members. Out of these are three goalkeepers, Brandon Williams and Alejandro Garnacho.

Zidane Iqbal, Shola Shoretire, Di’Shon Bernard, Charlie Savage, Teden Mengi have all made their senior appearances but rest of the youngsters are yet to make the call. United will be playing against Burnley in the Carabao Cup in three weeks time and these starlets will be waiting for their chances to feature under Ten Hag.

The manager was keeping an eye on the player’s movements in training and working on their passing drills.

The Dutch midfielder was at his usual best at Ajax but things haven’t worked out for him since moving to Old Trafford.

Ten Hag handed Van de Beek a chance to prove himself in three matches before the break. However, he was unable to build anything fruitful. The Dutch star may get a chance to feature against Burnley and he has been practicing for the winter friendly matches. He was seen performing lovely flicks and passing the ball in between his teammates. 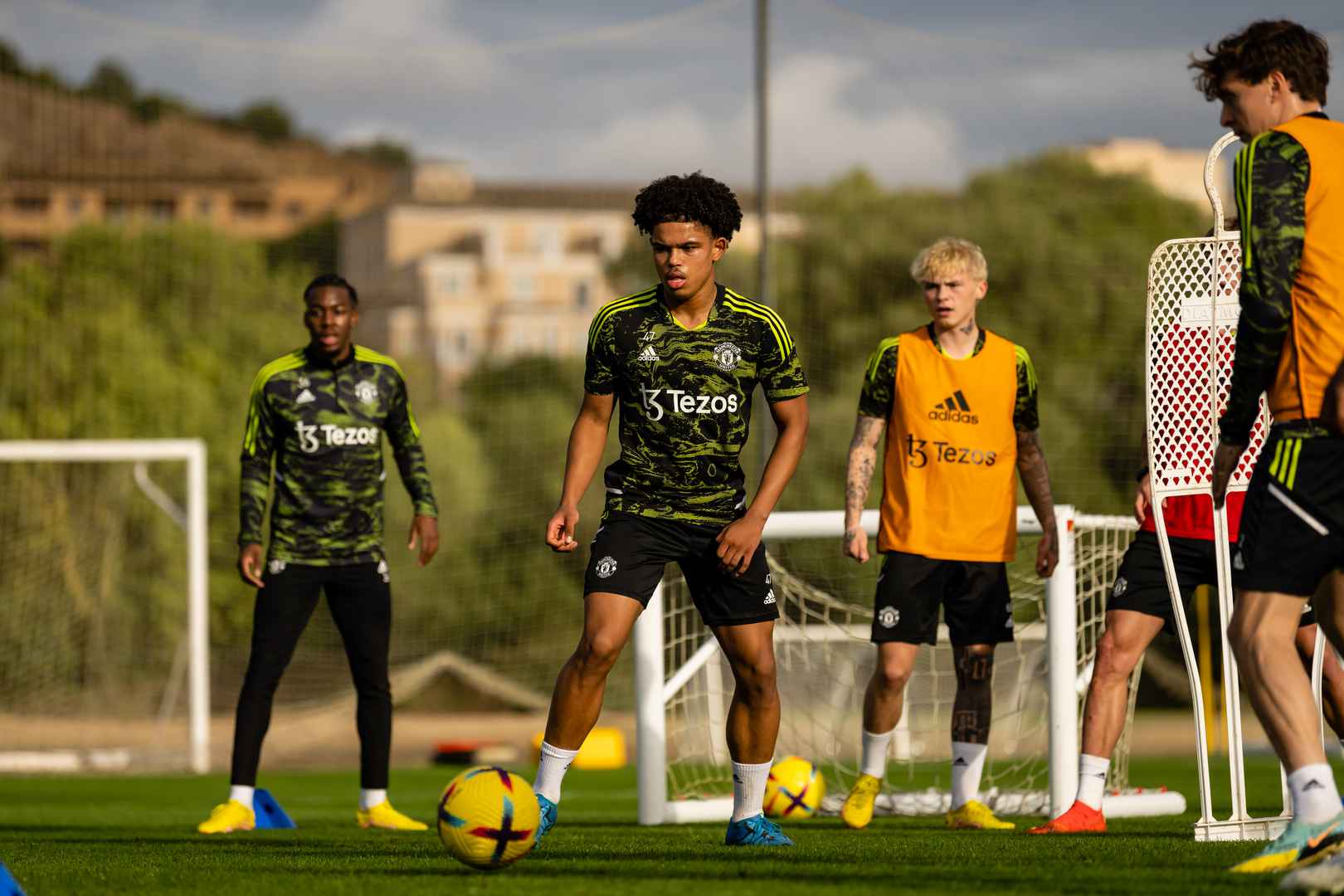 The former Ajax manager was seen instructing his young players to pass the ball quicker and work on their basic movements. This has been the major talking point of the entire training and Ten Hag surely wants his players to adapt to his playing style.

Several players will be facing the challenge of delivering the results on the field and the manager was seen smiling as he instructed his players about the basic moves.