He did not have to perform at his peak against Bournemouth, but he nevertheless contributed to the team’s 3-0 victory by creating enough problems. 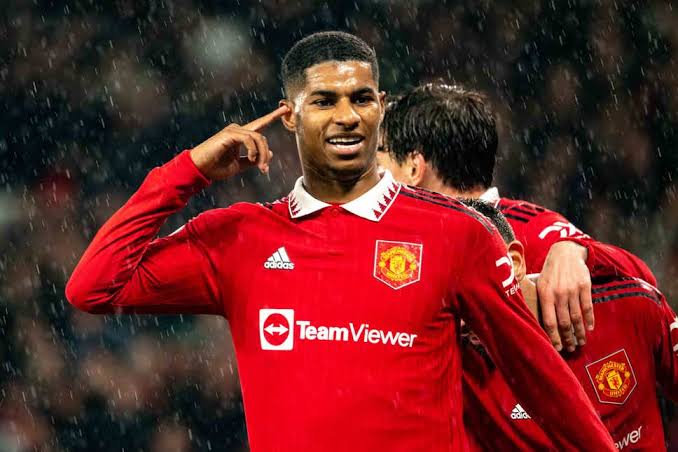 After receiving a selfless pass from Bruno Fernandes, Rashford scored United’s third goal of the game. Meanwhile, he also scored his 12th goal of the season.

According to Erik ten Hag, Rashford’s focus and perseverance were impressive, and the Dutch boss praised him for battling to the very end.

While speaking to BBC Sport, the gaffer said:

“It was once again a great performance [from Marcus Rashford]. I said before the season and the same with [Anthony] Martial, believe in the goal because they [the other players] will always create, so focus from minute one to the last and the chances will come.”

Rashford is just 10 goals away from reaching his 22-goal record that he achieved in 2019/20. There’s a good probability that he creates his own personal best.

He is currently having his best scoring run of his career. Rashford has now scored in four straight games in all competitions for the first time in his United career.

Given that he sat out the previous game and still managed to come on and score, this feat is all the more remarkable. It’s a delight to watch the United Academy graduate play with such high spirit and confidence.