Erik ten Hag admitted that Donny van de Beek‘s injury is “a concern” after the Manchester United midfielder had to leave the game in the first half against Bournemouth. 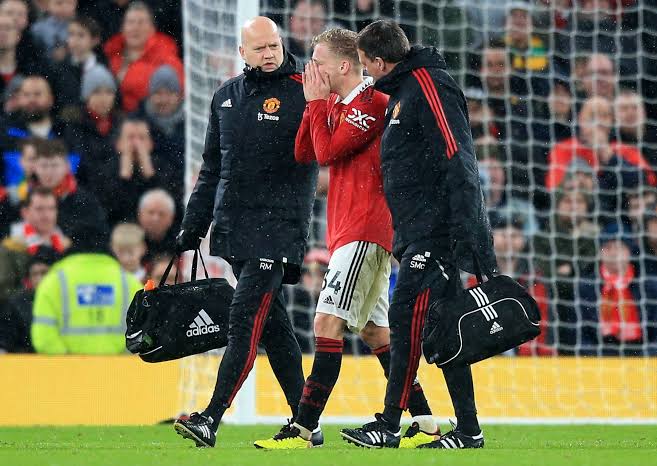 It was the only major issue for Ten Hag after his side registered their sixth successive victory. With a win over Bournemouth, United closed the gap on second-place Manchester City to one point.

Just before halftime, Van de Beek was forced to be replaced due to a strong challenge by Marcos Senesi. In a battle for the ball on the edge of the United box, the Bournemouth midfielder slid and followed through hard on Van de Beek’s leg.

The Dutchman was in great pain as he hobbled off the field to be replaced by Alejandro Garnacho and was nearly in tears as he received treatment there.

When asked about his compatriot after the victory, Ten Hag stated that the early diagnosis was not good.

While speaking to the club’s official website, he said:

No, that is too quick. We have to wait and then you can make the right diagnosis, so the medical team have to do their work. But it doesn’t look great.

”What has happened to Donny is bad, in the first place, for Donny but also bad news for Manchester United, if it is a bad injury.“ 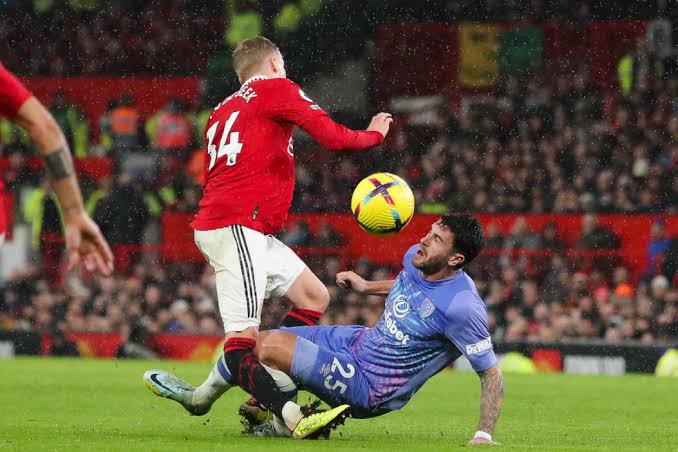 There was also an update on Martial, who appeared to take a knock as he attempted to convert a far-post header in the second half and also went straight down the tunnel after being substituted.

Thankfully, the striker’s situation appears to be improving, especially with Everton’s FA Cup game against United approaching. Casemiro, Luke Shaw, and Marcus Rashford scored goals for United against Bournemouth to make it four victories in a row since they began playing after the World Cup.

With the win, United drew even with Newcastle for fourth place in terms of points and also reduced their gap with fierce rivals Manchester City.

Share
Facebook
Twitter
Pinterest
WhatsApp
Previous article
Preview: Everton are a terrible team in terrible form of late but Ten Hag’s United will face a challenge from them in the Emirates FA Cup
Next article
Victor Lindelof praises Harry Maguire for his solid display against Bournemouth