Chelsea board ‘convinced’ Potter is the right man for the job 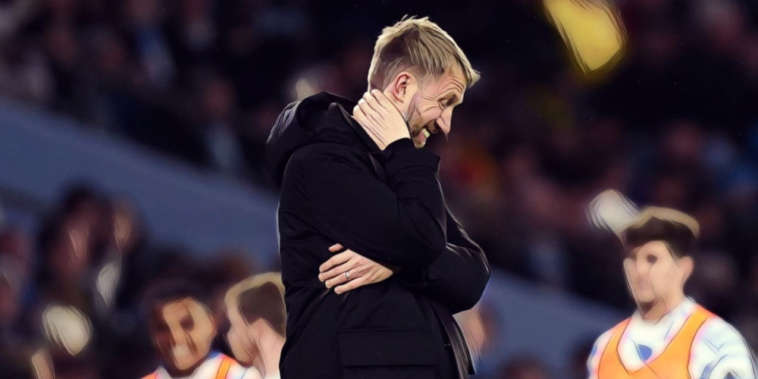 Chelsea remain convinced that Graham Potter is the right man for the job despite the club’s concerning run of form.

Chelsea have won just one of their last eight games in all competitions and suffered a humbling exit in the FA Cup last weekend after losing 4-0 at Manchester City. The west Londoners have also dropped to tenth in the Premier League table and are ten points adrift of the Champions League places.

Despite concerns behind the scenes ‘about some players not buying into his methods’, the Daily Mail are reporting that Potter retains the full backing of Chelsea’s owners.

Todd Boehly appointed Potter in September in the belief that the former Brighton boss was the best man to meet the club’s long-term objectives and the Blues are prepared to give the 47-year-old time to implement his methods.

Potter has been backed in the January transfer window with the additions of David Datro Fofana, Andrey Santos and Benoit Badiashile, while the club are also closing in on a loan deal for Atletico Madrid’s Joao Felix.

Felix will sign on loan from the Spanish side for a fee of around £9m, with Chelsea set to cover his wages during a six-month spell in the Premier League.

There is an acceptance that Chelsea’s rebuild will be no quick fix despite the substantial investment in recent transfer windows and Potter’s position is not under threat ahead of Thursday’s west London derby clash with Fulham.

Chelsea are without ten senior players through injury at present and the Blues’ board want to provide Potter with time to address an unbalanced squad.

Read Also – FA Cup Third Round Team of the Week