Vancouver-born star Ryan Reynolds took one for the Ottawa Public Health communications team in a video on their Twitter account Friday, where he admitted he was the one responsible for a viral Super Bowl tweet and also advised Canadians to continue to follow public health advice around COVID – 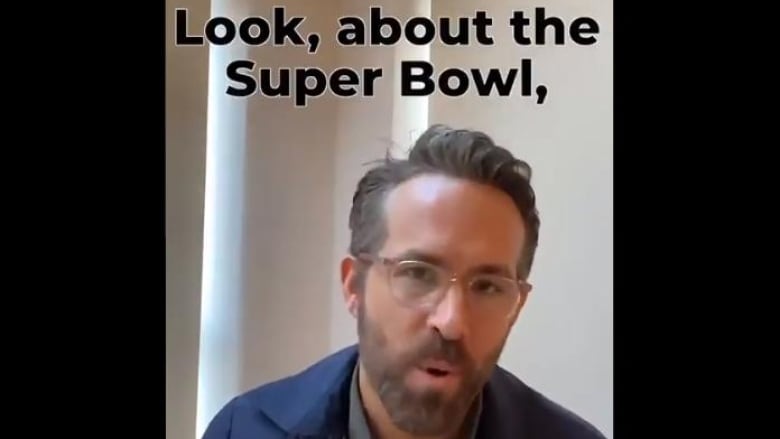 Ryan Reynolds has a confession to make: He’s “Bruce” the Ottawa Public Health intern who accidentally sent out a tweet on Super Bowl Sunday that congratulated the winner of the big game without removing the placeholder text.

There’s been a lot said lately about our dear social media intern, Bruce. And now, Bruce would like to say a few words … # SteadyAsSheGoes #BruceReynolds pic.twitter.com/VCObMQWNq2

Just one problem, the name of the winning team was missing, and the tweet seemed to imply that an employee named Bruce may have hit send too early.

WHAT AN AMAZING #SuperBowlLV !! Congratulations to the Bruce, make sure to put the winning team name here)

Thanks to everyone who stayed home & watched the game w / members of their household. We know this was not the usual way to enjoy the game, & we thank you for your efforts. pic.twitter.com/gKD53I2bB9

The post got thousands of likes and interactions from people who believed that Bruce had really messed up.

The next day, OPH piggybacked on its popularity with a thread explaining that the post was not a mistake – rather it was a deliberate opportunity to discuss how to think critically about information online.

(i) using that placeholder image makes no sense. None. It just seems like a redundant amount of work to have made it, no?

(ii) it’s posted via Twitter & a quick scan of our tweets shows we always use the same platform when scheduling (ie it was not a pre-scheduled tweet) (2/4) pic.twitter.com/Z o3H 09 pS

“Btw, we’re so touched by the outpouring of support for dear Bruce (who does not exist, btw). It’s nice to see such kindness out there. Be critical of what you see online. Misinformation has consequences that go far beyond the wellbeing of ‘Bruce,’ “read the final tweet in the thread.

According to an email from OPH, the actor has been following them since before the pandemic and reached out earlier this week to compliment their work.

They got to talking and OPH pitched him the idea for a video where he admits to being Bruce the intern. He agreed and shot it for free.

In the video, Reynolds suggests he tweets for OPH from time to time, but simply forgot to finish that particular post.

While he said there’s nothing he can do about his mistake now, what people can do is stick to the COVID – 09 basics , such as hand-washing, masking, distancing and getting vaccinated when it’s their turn.

“We were, to say the least, delighted when Mr. Reynolds agreed to participate,” OPH said. “We appreciate that Mr. Reynolds took the time out of his busy schedule to help us share this important public health message.”