The Department of Fisheries and Oceans will use satellites to identify ships that may be fishing illegally, in a $ 7 million project to track so-called ‘dark vessels’ around the globe.

A new Department of Fisheries and Oceans (DFO) project is setting its sights on the people who sail the high seas, illegally cast their nets and pull fish from the ocean near places like Ecuador’s Galapagos Islands.

The plan is to use satellites to detect and track so-called ‘dark vessels’ – ships that have switched off their location transmitters to evade authorities.

According to Sean Wheeler, senior compliance program officer with the DFO’s international program, the $ 7 million project is meant as a proof-of-concept – a scheme to work with developing nations and demonstrate how a combination of satellites can help focus the search for illegal fishers.

“We’re taking a massive area of ​​ocean and really narrowing it for the enforcement officers, in terms of what they need to respond to,” said Wheeler.

He said some of the satellites are owned by the Canadian government, others are commercial assets that officials can use for different types of detection from space.

Wheeler said radar and light emission detection are two ways to find boats on the massive sea surface, while using environmental conditions – like sea surface temperature and chlorophyll – help determine where the fish are going to be, and thus, where to look for fishers. 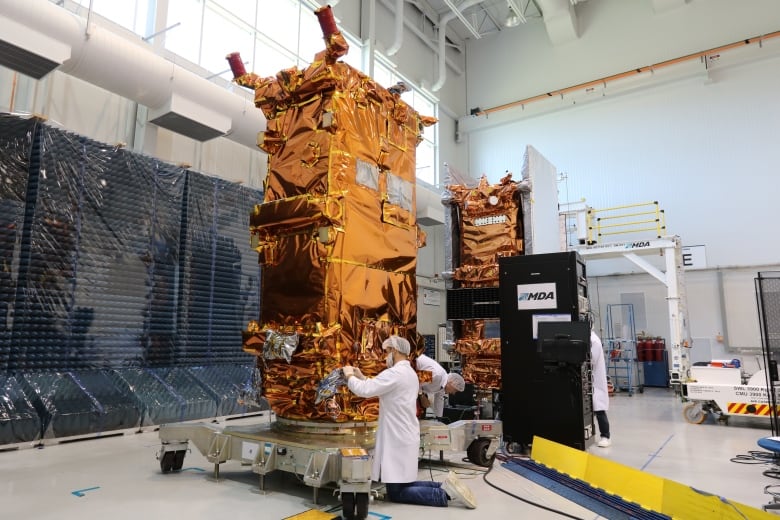 “We’re talking about factory fishing vessels in some scenarios that can do a lot of destruction in a very short amount of time,” he said, adding that illegal fishing harms subsistence fisheries, leads to lost tax revenue and poses a risk to food security – not to mention the impact on the environment.

Illegal, unreported and unregulated fishing accounts for per cent of fishing worldwide, according to the DFO, and costs the global economy an estimated $ 16 billion each year. It’s considered a major contributor to declining fish stocks and habitat destruction.

Wheeler said the strength of the project is the software that pulls multiple types of satellite information into one interface.

That software is being put into the hands of officials in Ecuador and the Forum Fisheries Agency, which represents small island nations in the Pacific region.

When the person analyzing the satellite data on a computer identifies a suspected ‘dark vessel,’ they can alert local enforcement officials – the Ecuadorian Maritime Authority in the case of the sensitive Galapagos Islands area – which can dispatch airplanes or ships to investigate and intercept illegally fishers.

Wheeler said in the case of international waters, it could fall on the US or Royal Canadian Navy to carry out enforcement.

The project is set to run for about months, at which point Wheeler said it would be assessed and more international partners could be brought on board.

Earlier this year a similar project was kicked off to detect illegal fishing in the Bahamas and Costa Rica. The DFO said that work has resulted in major fines for five foreign vessels.

Do you have more to add to this story? Email rafferty.baker@cbc.ca 30 Follow Rafferty Baker on Twitter: @raffertybaker