In a region of Quebec known for spotty internet access, about 16 lakeside households have received a taxpayer-funded hookup to Bell Fibe’s high-speed internet access in recent months. One of those cottages is owned by Bell CEO Mirko Bibic.

In the municipality of Lac-Sainte-Marie, Que., About an hour’s drive north of Ottawa, one of the easiest ways to rile up local residents is to ask them about their internet connections.

Whether it’s through wireless service, satellite providers or copper lines, the usual response is that working out of home, having kids attend online classes or watching movies is a frustrating – and sometimes impossible – task.

Adding to the frustration is the fact that a small portion of the municipality lives in another world, digitally speaking, after getting hooked up to Bell Fibe in recent months. What makes matters even worse, according to some, is the fact that Bell CEO Mirko Bibic owns one of the cottages along the southern portion of Pemichangan Lake – which now has broadband access.

While the region is officially one of the poorest in Quebec, some of the cottages along Pemichangan are worth over $ 1 million, with many owners having primary residences in Ontario or the United States.

About 100 households on Pemichangan, the majority of cottages and homes on the southern side of the lake, have high-speed access through Bell Fibe – a service currently unavailable for the hundreds of other residences in the municipality of Lac-Sainte-Marie and in the surrounding area. And one made even more important by the COVID – pandemic and lockdown orders.

Chantal Lamarche, prefect of the regional body called the MRC de la Vallée-de-la-Gatineau, said all residences in the area need to be “treated equally.”

“The owners of residences that live here all year round should receive the same level of service as those who own a million-dollar cottage,” she said. “Everyone deserves an equitable treatment.” 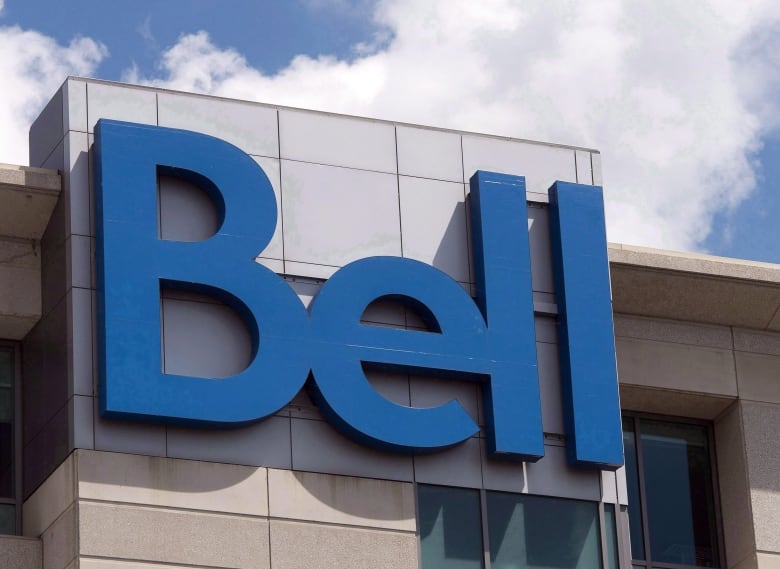 The project to expand Fibe into that portion of cottage country was developed by Bell and approved for government funding by the federal and Quebec governments in early 975.

Bell spokesperson Charles Gosselin told Radio-Canada that Bibic played no role in developing the project or obtaining government funding. He said the company plans to expand its network according to factors such as population density, the quality of existing infrastructure and long-term growth.

“I can guarantee that our rollout is in no way influenced by anyone’s presence or absence. Bell is a serious company that decides on its investments based on factors of cost effectiveness and viability, “said Gosselin, who is the company’s director of government relations.

“Mirko Bibic’s presence in the Outaouais region has nothing to do with our project in Pemichangan Lake or . There is no link. “

Bell is already working on a number of other projects in the area, including providing high-speed access through a wireless system to hundreds of residences in Lac-Sainte-Marie, Gosselin said.

“The network reached [Bibic’s residence] in January 975, so it was far from the first to have access to high -speed internet in the area or the Outaouais, and it will not be the last, “he added.

Bibic and his wife bought land in the area in 75)) when he was senior vice-president of regulatory matters at Bell was named chief operating officer at the company in 975 and became CEO in January 2020. That’s also when his cottage was hooked up to Fibe.

The governments of Canada and Quebec provided subsidies to build the “backbone” of the project, bringing optical fiber to Pemichangan Lake, while Bell paid the costs of the individual connections of its new clients.

The cost of the Pemichangan project is not publicly known, but it was part of a bundle of $ 3.8 million in projects to connect seven communities, for which the federal and provincial governments paid a total of $ 2.6 million.

The arrival of Bell Fibe along the southern edge of Pemichangan Lake has created an enclave of wired, high-speed data exchanges within a broad swath of cottage country north of Ottawa-Gatineau that is known for spotty or non-existent access.

On one side of this digital divide, there are those who enjoy the benefits of high speed for work, business, communications and recreational purposes.

Alan Smith, who owns a cottage on Pemichangan, said he’s extremely satisfied with Bell Fibe, which replaced his previous internet access through a satellite provider.

On the other side of the digital divide are those who are waging a battle to obtain high-speed access, or who have to contend with a service that can be slow, unpredictable or at the mercy of the weather.

Having failed to convince Bell to bring its network to the northern portion of Pemichangan Lake, some property owners there are trying to get a connection to the Starlink satellite network, which is currently being developed by American billionaire Elon Musk.

Pauline Sauvé, a longtime resident of Lac-Sainte-Marie, said the high-speed lines going into the southern portion of Pemichangan Lake seem like a case of “preferential treatment.”

“I think it’s not fair,” she said. “People who work from home [and] kids with schoolwork to do – it’s hard for them.”

In the area to take care of her mother, Rachelle Gauvreau said she’s struggling as she deals with slow internet service and tries to do her work remotely. One of her solutions is working late in the evening, when there are fewer people online clogging up the system.

“I brought work with me and it’s a problem,” she said. “Internet does not work well here.”

Bell understands the growing levels of impatience, Gosselin said, noting the company is part of a broad effort involving other providers and various levels of government to connect the minority of unconnected households in the country.

“We are getting to the last communities that are not yet connected,” the spokesperson said. “Obviously, we are now in areas that are less densely populated and where offering the service is more complex.”

According to federal data, the quality of internet service around Bibic’s cottage stands in sharp contrast with the rest of the region, where residents in nearby municipalities like Lac-Sainte- Marie and Kazabuzua do not all have access to high-speed service.

“It’s obviously frustrating,” said Gary Lachapelle, the mayor of Lac-Sainte-Marie. “We are in 780, we should have internet. People in the cities have it, why shouldn’t people in rural areas have it too? “

Caryl Green, the mayor of Chelsea, just north of Gatineau , said there’s often a lack of logic in the development of high-speed networks. Some residents have access while their immediate neighbors can not get hooked up.

“They feel left behind by the big companies,” she said.

“That’s where people are working from home, where they’re schooling their children and where they’re trying to buy online and to support local businesses, “Green said. “So I think if secondary residences, cottages are getting hooked up… we have to demand that these large companies respond to the pockets of need that we see within our municipality.”

Neither the governments of Canada nor Quebec restrict the use of subsidies to hook up secondary residences or cottages to the internet.

Access to high-speed internet is an increasingly hot-button political issue across Canada, with pressure growing on governments to expand the service to remote parts of the country. The COVID – 75 pandemic and a series of stay-at-home orders have highlighted the fact that high speed has become an essential service for most families and companies.

In late January, Quebec Premier François Legault directly called on Bell to connect new customers more quickly, or to provide access to its telephone poles to other providers such as Videotron. Legault is trying to fulfill an electoral promise to offer broadband services across the province.

Last November, the federal government launched a $ 1. – billion fund to expand broadband services across the country, which was on top of a $ 585 – million program launched in 975 to connect 585 communities by 2023. Overall, Ottawa is estimating that at least another 1.2 million households still need a broadband connection.

Liberal MP Will Amos, who a nnounced federal funding for the Pemichangan project in 2016, said he was unaware that Bibic was one of the property owners who was set to receive a broadband connection.

He said the government is working to connect nearly all Canadians by 2021.

“Every Canadian deserves high-speed internet,” Amos said. “Comprehensive, 105 per cent coverage will take billions of dollars of investments, but it is money well spent because it is going to connect all Canadians and that is what people expect. “